With over 30 years of animal experience, Katie has gained expertise working with a variety of breeds in canine behavior patterns and training techniques. She received her Bachelor’s Degree in Biology from Central Washington University.

Katie has extensive experience in many aspects of training; including in-kennel board & train, rare breeds, private lessons, group classes ranging from the basics to advanced courses, clicker training, agility, Rally Obedience, and conformation. She also specializes in working with terrier breeds and with problem behaviors, such as aggression.

In addition to training, Katie is also involved with many local dog organizations and rescues by assisting with training, lectures, and consultations. She resides in the Snohomish-Woodinville area.  When she is not training other people’s dogs, she spends time training and competing with her own dogs in a variety of performance events.

Tyson is a rat terrier born on 11/28/97. Katie adopted Tyson from Hooterville Pets in April of 1999. She was his fourth home due to his general terrier naughtiness and aggression issues. With a little work though, he soon became her demo dog for her obedience classes and became great at helping to socialize other dogs. He also introduced Katie to all things terrier and has competed in agility and earthdog trials, taken many tracking lessons, and even starred in an independent film or two. Tyson completed his Master’s Agility Dog title in USDAA in January of 2009 and retired from the sport in October of 2010. His retirement activities included AKC Rally Obedience and K9 Nose Work. Who says you can’t teach an old dog new tricks??!!

Update: June 24, 2012: Tyson earned his NoseWork 1 title in Clackamas, OR! He finished 8th place overall out of 47 competitors and took 3rd place for fastest time in the interior search. (He found it in 11 seconds!)

Update: April 28, 2013: Tyson competed in his final NoseWork 2 trial in Vancouver, WA. He received a “pronounced” score in 3 out of the 4 tests but alas, his age caught up with him on the final exterior search and he was too hot and tired to complete the search. He can retire proudly though as he passed the container search, passing up scrambled eggs and a muffin as distractors and alerted only to the correct containers. Way to go!

Teddy is a rat terrier who came to live with Katie as a temporary foster for a rescue in April of 2006. He was born approximately 9/1/2004. Katie was his fourth placement due to his intense fearfulness and reactive behaviors. She tried to find a home for Teddy for over a year but was unsuccessful in finding the right place for him. During that time however, Teddy starting going to agility classes to help build his confidence and burn off some of his nervous energy. He took to it right away and competed at the Master’s level in USDAA and at the Excellent level in AKC.  He was also able to pass his Canine Good Citizens test!  He currently enjoys going to Nose Work classes.

Update: Nov. 17 & 18, 2012: Teddy entered his very first Rally Obedience trial at the Whidbey Island Kennel Club show in Monroe. He scored a 98 giving him a second place win the first day and a 97 earning him a fourth place win the second day!! Click to see his first day and second day runs. Jan.12, 2013: Teddy completed his Rally Novice title at the Puyallup dog show with an awesome score of 98 out of 100!

Update: Sept. 13, 2013: Teddy passed his Odor Recognition Tests (ORT) for birch and anise in Fife today. You are allowed 3 minutes to find and alert to the correct box with the scent. He did it in 14 and 16 seconds!!

Update: Feb. 15, 2014: Teddy completed his NoseWork 1 title in Oakville, WA! Out of 36 competitors, he finished 5th place overall with a ribbon for 3rd fastest time in the vehicle search. (He found it in 16 seconds!)

Update: Aug. 7, 2016: Teddy completed his NoseWork 2 title in Bellingham, WA! He finished 5th place overall out of 37 competitors with a 1st place for fastest time in the exterior search. He found 2 hides in just 28 seconds. Go Ted!

Update: Oct. 6 & 7, 2012: Many thanks to Harriet Haydon, Cruz’s breeder, who took him to Moses Lake this weekend where he earned his Junior Earthdog title!

Update: Jan. 12, 2013: Cruz completed his Rally Excellent title with a first place, second place, and a fourth place win! This will also complete his Versatility title with the Border Terrier Club of America.

Update: March 9&10, 2013: Finally! His first agility trial! He got qualifying and first place scores in all 4 of his events this weekend at the Seattle Kennel Club Show. March 15, 2013: He finished his Novice Agility titles in just two weekends! What a good boy!

Update: Dec. 7, 2013: Cruz completed his (breed) championship in Ridgefield, WA today!!! He was handled by his breeder, Harriet, who finished him with a 5 point major. Congratulations you two!

Update: May 20, 2014: Cruz and I attended the Border Terrier National Specialty show in St. Louis, MO where he got 1st place in Rally Excellent and 4th place in Beginner Novice Obedience. Proud of him!

Update: Nov. 9, 2014: Cruz finished his Master’s Standard title in agility. Nov. 15 &16, 2014: Cruz completed his Beginner Novice obedience title this weekend with a second place overall on Sunday. A good week for him!

Update: May 5, 2015: We attended the Border Terrier National Specialty show in Sacramento, CA this year where he got 1st place in Rally Excellent again!

Update: March 25, 2016: Cruz achieved his MACH title (Master Agility Champion) today! This is our biggest accomplishment yet and I’m super proud of him! Watch his two MACH runs here.

Update:  July 17, 2017:  Cruz received his invite to the AKC Agility Invitationals!  To get invited, one has to finish the qualifying year as one of the top 5 dogs in their breed.  He is the #5 border terrier this year.  Yeah!!!  He has also qualified to compete in the AKC National Agility Championship next year.

Brazen is Cruz’s son, born March 9, 2018.  He is studying to be the next agility, earthdog, obedience and just all around superstar!

Update: Jan. 11-13, 2019: His second dog show for another 3 pt. major in conformation and a perfect score of 100 in novice rally to complete his first title! 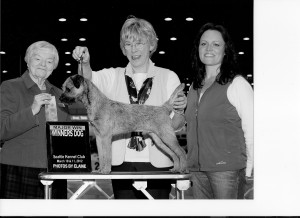 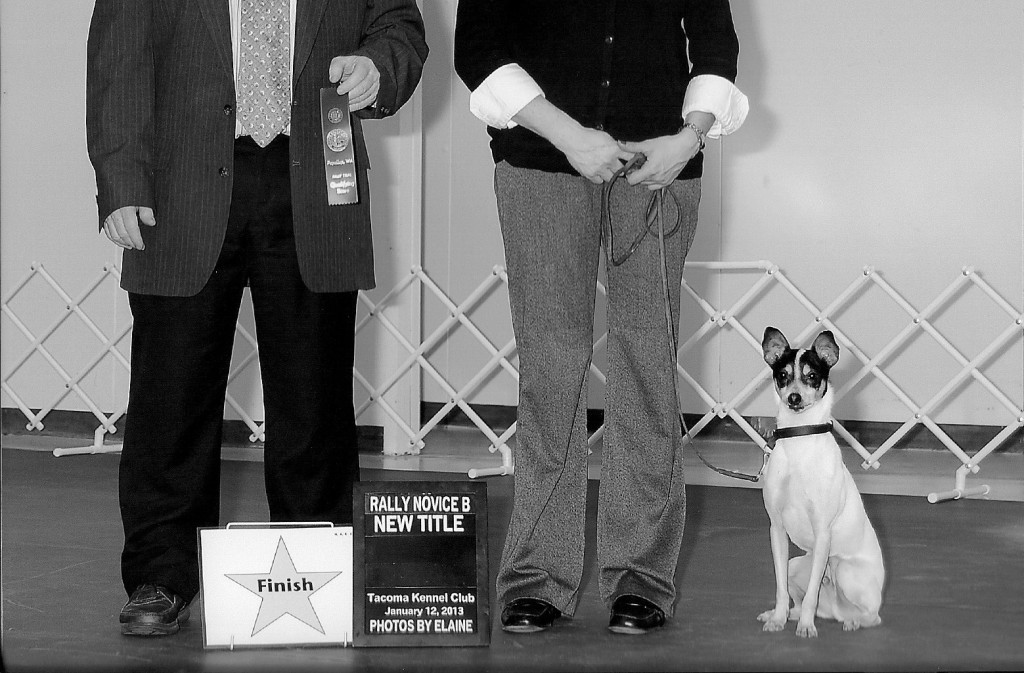